Home » Can Drones Unlock Secrets in the Soil

Can Drones Unlock Secrets in the Soil 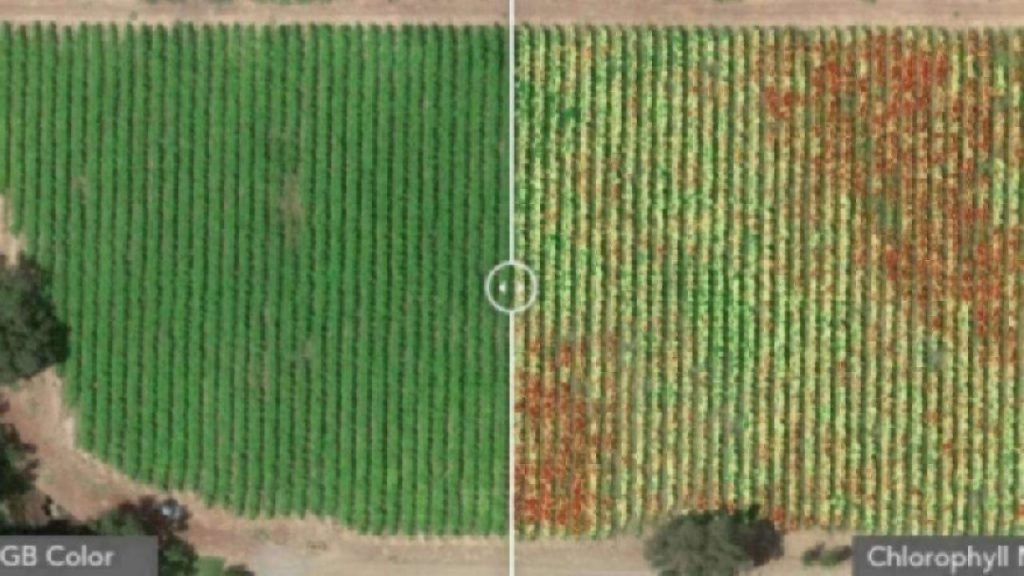 Drones used for soil map analysis to help farmers understand nutrients levels for different crops and to make better decisions about where and when to apply fertilizer or pesticides.

To hear the early adopters for drone technology tell it, low-flying platforms equipped with multi-spectral sensors can deliver high-resolution field data on everything from the performance of irrigation systems to soil maps that tell growers where and when to apply fertilizer.

The consensus among those early adopters seems to be that agricultural drones are a great tool for large operations where growers need to keep tabs on thousands of irrigated acres or among “high-value” crop farmers such as the managers of vineyards and orchards. “We’re seeing more traction there,” says Drew Baustian, business development manager for MicaSense, an agricultural drone sensor and data analysis specialist.

Large operators can acquire sensor data about their fields from commercial pilots or from readily available commercial satellite images. The latter provides the big picture but little granularity while manned aircraft have to be scheduled. Drone proponents note that the low-flyers can be deployed when and where farmers need field data rather than waiting in line with all the other growers who want field surveys immediately after a rain storm.

And, unlike airplane and satellites, drones equipped with thermal and multispectral sensors can fly below the clouds. 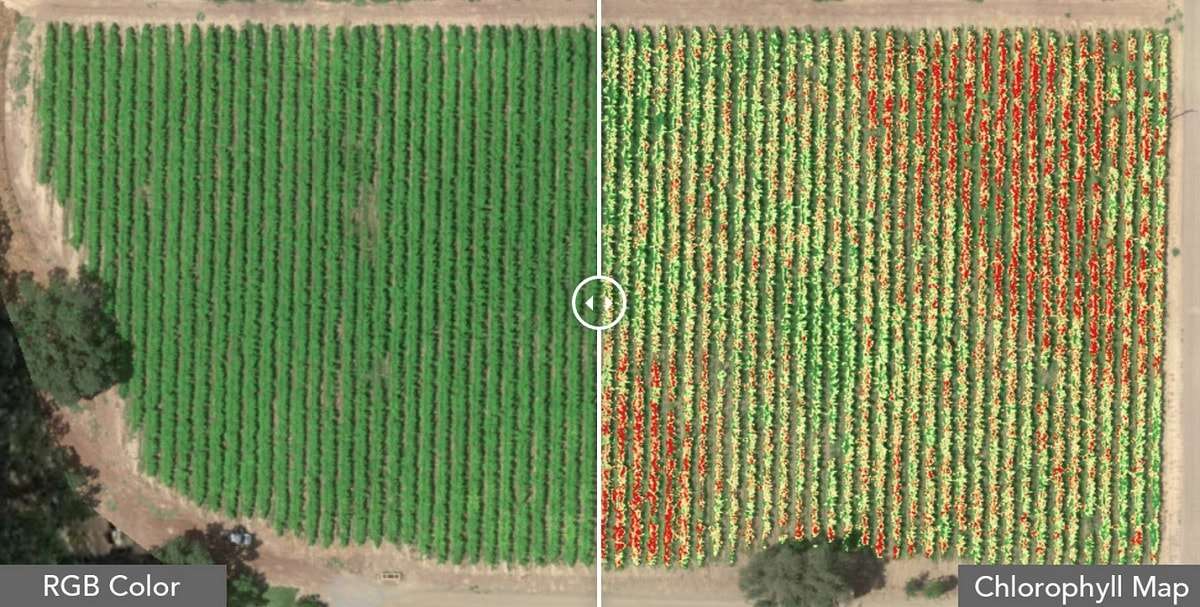 Seattle-based MicaSense pitches a drone-based multispectral imaging sensor operating in five spectral bands along with a basic thermal sensor. Baustian claims the resolution is sufficient to deliver leaf and plant data that growers can use for phenotyping.

Jumping on the drone bandwagon

Justin Metz, who’s family works a 12,000-acre spread in California’s Central San Joaquin Valley, jumped early onto the agricultural drone bandwagon. While some skeptics don’t see a quick return on the technology investment, Metz said his operation has moved slowly up the learning curve to make agricultural drones a useful tool on a large California farm growing everything from tomatoes and other vegetables to cotton.

Soil and moisture mappers provide plenty of useful data once farmers figure out how to organize and make sense of it. Big farm equipment makers like John Deere have made it easier to collect and wirelessly transmit field data captured by drones or ground sensors.

Like Baustian, Metz notes the flexibility of being able to launch an agricultural drone “where you want, when you want, rather than scheduling a flight” with a commercial pilot.

What about data management?

Metz said he uses drones for soil map analysis to help understand nutrients levels for different crops and to make better decisions about where and when to apply fertilizer or pesticides. Soil mapping also can identify clay and sandy soils so growers can optimize irrigation networks to ensure “enough water, but not too much water,” especially in impermeable clay, Metz said.

Thermal sensors are also used to determine crop moisture and which fields are drying fastest — data that helps establish harvesting schedules. That scheduling also aids in determining the machinery needed, the relative difficulty of harvesting a particular crop and even the amount of harvesting experience a machine operator requires for a given field.

What about data management?

Metz imports most of his field data into the John Deere Operations Center using a drone app. Drones generate a lot of field data, and data management is critical, Metz notes by way of lessons learned. Ag drone users need to wrangle field data as soon as its collected, ideally on the same day, or they will soon be swamped with long lists of unnamed files that have to be pieced together from memory despite the use of image geo-tagging.

Early adopters of agricultural drones like the convenience but have trouble managing all the field data their sensors generate. Start small and leverage the “low and slow” approach, they recommend. (Source: the Association of Unmanned Vehicles Systems)

As for return on investment, Metz recommends starting small with agricultural drones, starting with a single field, then scaling field data efforts. “Don’t bite off more than you can chew,” he advises.

“Go for the low-hanging fruit” to speed RIO, he continues. A suggested scenario involves deploying a thermal sensor on an ag drone to minimize water loss. The savings alone may by enough to cover the investment in a drone, sensor and data management.