The Winners and Losers as Trade War Impacts IC Design 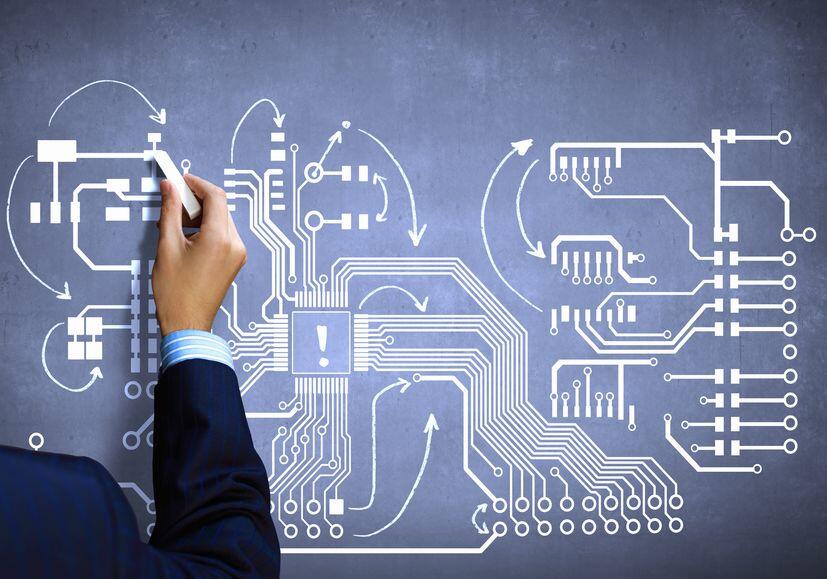 AMD, Broadcom, Nvidia and Qualcomm saw declining year-on-year (YoY) revenues in Q2 2019 due to weakened Chinese demand, while companies like Realtek and Xilinx showed significant growth in the quarter.

According to TrendForce, the YoY revenues of all top five global IC design companies (see table below) fell in Q2 2019. Reasons cited are the US-China trade war, mounting inventory levels along the supply chain, and less-than-satisfactory global demand for consumer electronics, including smartphones, tablets, notebooks, LCDs, TVs and servers. Nvidia registered the largest decline among the top ten: 20.1%. This is also the first time in three years that Nvidia has seen YoY revenue declines for three consecutive quarters.

Mediatek had been using the 12nm process for its mobile processor product line since 2018, greatly enhancing cost structure and adding more value to the product, whereas Unisoc implemented Cortex-A55 and A75 CPUs in its low-mid range processors, effectively presenting a wider choice of products for clients and increasing the competitive pressure on Qualcomm in that segment of the market.

As for Nvidia, despite having maintained growth in automotive and professional visual applications and having actively managed the high inventory levels it originally faced, these were still not enough to prevent a third consecutive YoY fall in quarterly revenue, pulled down by the weight of the large declines seen in its graphic cards and datacenter products. However, Nvidia's declines in Q2 2019 narrowed somewhat compared to Q1 2019 and may continue to narrow in Q3 2019 thanks to reduced inventory levels.

Meanwhile, weak sales of GPU products, blockchain, and semi-customized products dragged down revenue performance for AMD, despite performing well in the processor and datacenter segments. 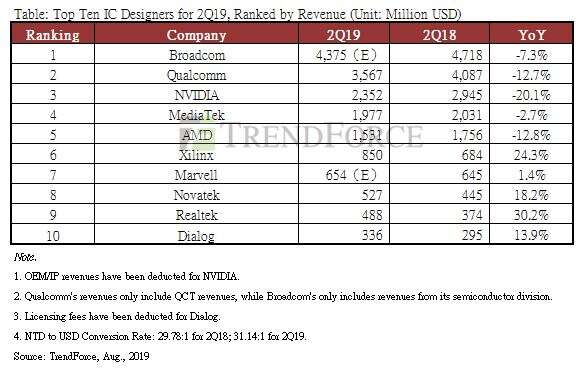 Bucking the trend for many of the US based IC design companies, Xilinx showed 24.3% growth as a result of its diversified clientele in industrial, telecommunications and automotive segments; this is despite being slightly affected in the datacenter segment. Marvell benefitted from the increasing demand in the telecommunications market, and also grew together with Xilinx.

As for Synaptics, it's poor performance in the mobile segment dragged down overall revenues, whereas Dialog showed growth in customized mixed-signals, connection and audio applications, putting Dialog back at tenth place in overall revenue.

The prospects for the major IC design companies and Q3 growth as they enter the traditional peak season for semiconductors will depend on whether their sales strategies will be able to distribute market risks presented by the US-China trade dispute.