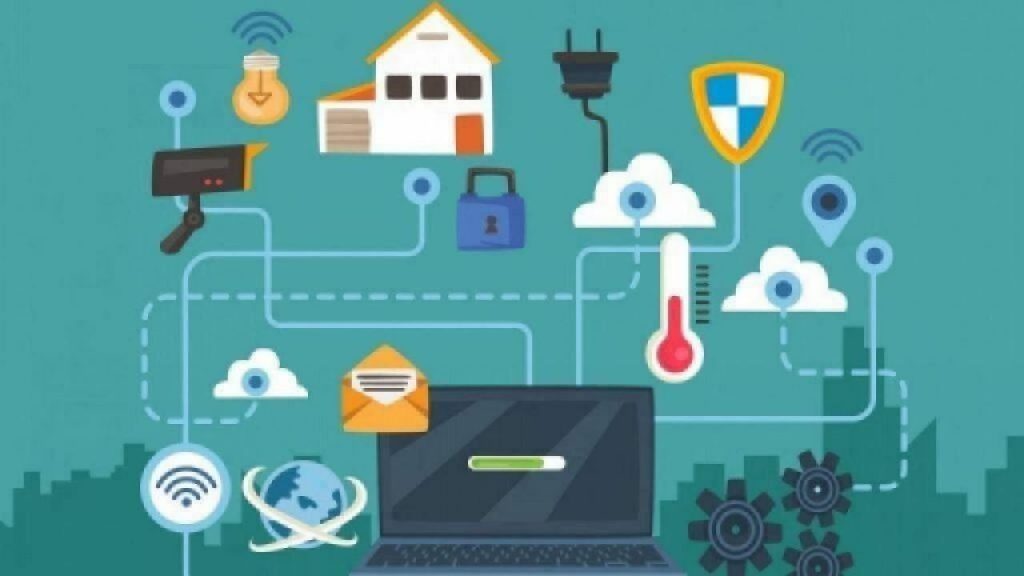 India’s networking market which includes Ethernet Switch, Routers, and WLAN segments witnessed a 22.5% year-over-year (YoY) decline in 4Q19 (October-December 2019). The decline was majorly contributed by the router segment due to huge one-time investments that happened during 4Q18.

A slowdown in the telecommunications spending due to the AGR dues also played a major role in the decline of the overall networking market. Other categories like switching and WLAN had a YoY decline of 3.7% and 13.1% respectively. During 4Q19, India did not see any shift in buying behavior because of the COVID-19. However, it is expected that the pandemic will soften buying behavior during the first half of 2020.

According to IDC’s Worldwide Quarterly Ethernet Switch Tracker, the 4Q19 Ethernet Switch market in India stood at USD 142.6 million (by vendor revenue) registering marginal YoY decline of 3.7%. The mild decline was attributed to the slow economic conditions in India supplemented by Indian enterprises pushing their spending budgets to the last quarter of the financial year (March 2020). Top spending for switching segment in 4Q19 came from services, telecommunications, finance, and government. 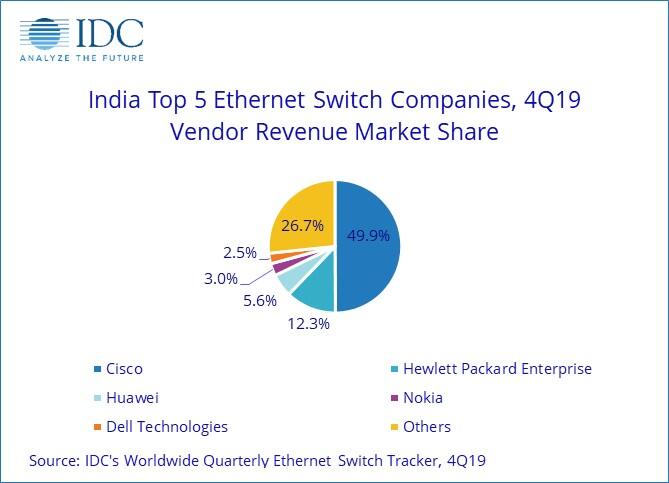 Cisco continued to dominate the Ethernet Switch market with a 49.9% share in 4Q19, followed by Hewlett Packard Enterprise (HPE) and Huawei.

According to IDC’s Worldwide Quarterly Router Tracker, the India Router market in 4Q19 stood at USD 75.8 million (by vendor revenue) with a steep YoY decline of 46.5%. The decline of the router segment in 4Q19 was due to strong investments that happened during 3Q18 and a portion of those revenues got pushed to 4Q19. There was a strong decline in both enterprise and service provider segments. 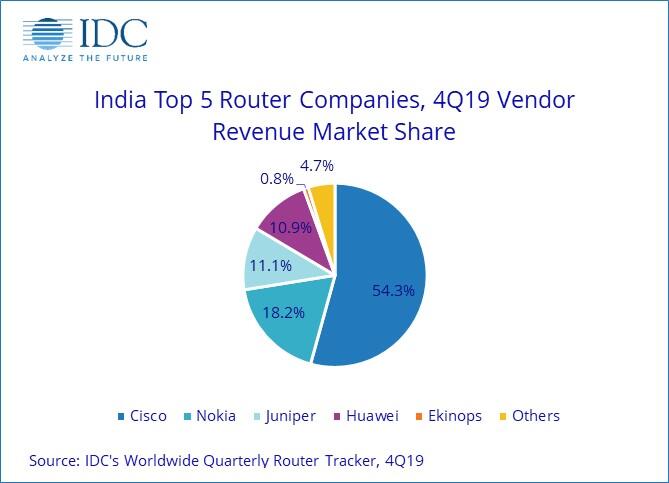 Cisco leads the router market with a 54.3% market share in 4Q19 followed by Nokia and Juniper.

According to IDC’s Worldwide Quarterly W ireless LAN Tracker, the Indian WLAN market had a YoY decline of 13.1% during 4Q19. The market stood at USD 56.7 million (by Vendor Revenue). With a 27% decline, consumer class deployments were the major cause of this decline. The decline was also attributed to strong one-time spending that happened during 4Q18. The enterprise-class deployments had a marginal growth of 0.6% during 4Q19. 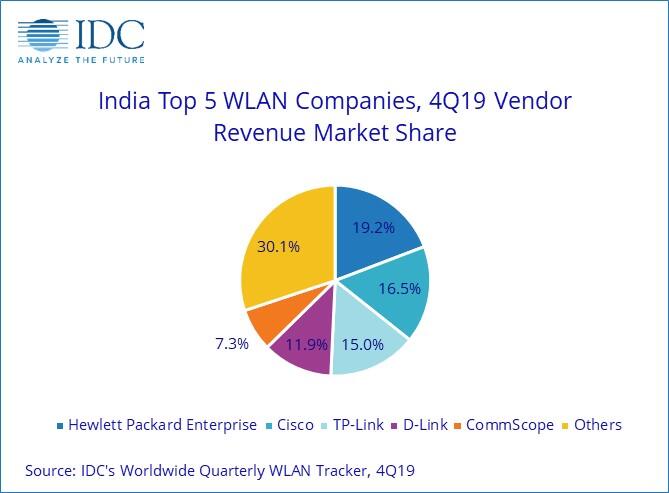 With a market share of 19.2%, Hewlett Packard Enterprise continued to be the market leader for the fourth consecutive quarter in the WLAN segment during 4Q19, followed by Cisco and TP-Link.

Sudharsan Raghunathan, Senior Market Analyst, IDC India says, “The enterprise emphasis on digital transformation has been purely driven by the end-users’ need to have a seamless experience. Networks are at the forefront of this digital transformation enabling a tremendous amount of data being transferred between the edge, data center, and cloud. Technologies like W-Fi 6 and 5G will enable faster data transfers thereby enabling organizations to make quicker business decisions. However, with the increasing number of devices and bandwidth, enterprises need to have robust security policies and procedures in place to mitigate security risks.”

The Ethernet Switch, Router, and Wireless LAN market are expected to grow in single digits in terms of compound annual growth rate (CAGR) for 2018–2023. Increased adoption of emerging technologies such as cloud, IoT, mobility, etc. would drive incremental revenues. IDC also expects large investments for 5G rollouts in the next couple of years.