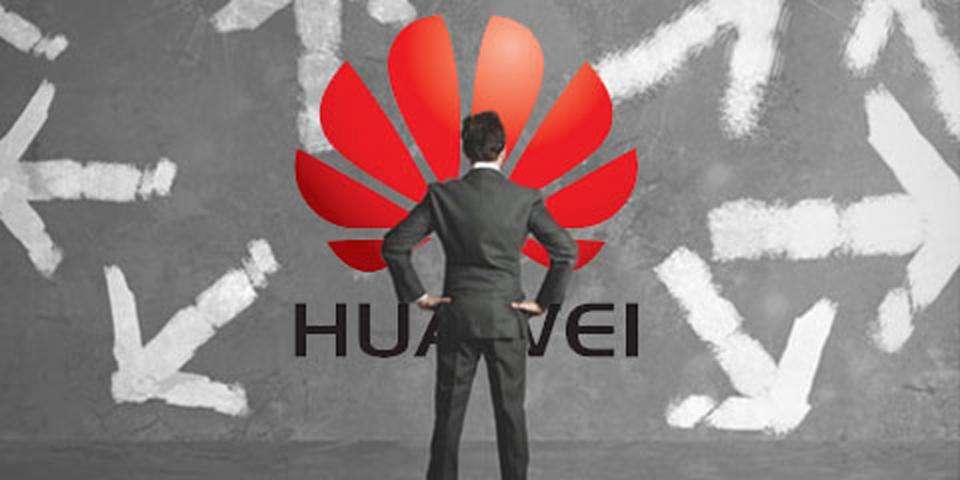 Yes, Huawei is caught up in the trade spat between China and the U.S., but its behavior going back nearly two decades has elicited widespread suspicion and distrust.

U.S. negotiators in the ongoing trade talks with China feel they may have an unassailable trump card in their back pocket. It often goes unrecognized, but the harm the U.S. government could do by barring semiconductor sales into Huawei and other China-based OEMs would be greater than any harm caused by a ban on Huawei infrastructure equipment in North American or EU service providers.

Although Huawei holds a leading 28% global market share in both mobile infrastructure and overall service-provider network infrastructure (including mobile, optical, and IP switching/routing), its growth in U.S. and EU markets is less than was anticipated at the turn of the millennium.

This is not due to a perceived inferiority of equipment — far from it. Huawei’s quality and reliability in most system product categories is unassailable. Nor is it due to U.S. government pressure, since the Trump Administration did not bring heavy-handed influence to bear on NATO/ANZUS partners and the service providers in their countries until mid-2018. There are other reasons that many carriers and many national governments have been wary of dealing with Huawei, ZTE and other China-based companies.

The reticence stems not just from a belief that the Chinese government determines technical specs and pricing policies for such companies, but also because Huawei has been tangled up in a variety of intellectual property disputes since at least 2002, when Cisco charged Huawei with copying router code. Huawei admitted its guilt in an out-of-court settlement a year later.

The recent arrest of Huawei Chief Financial Officer Meng Wanzhou in Canada Dec. 6 occurred almost simultaneously with a scheduled meeting between the U.S. and China. Because of the timing, it may have seemed her detainment was just a maneuver in the hybrid Cold War/trade war that has flared up between the U.S. and China. Rather, there is evidence to suggest Huawei had been acting in accordance with Chinese President Xi Jinping’s desire to find mechanisms to bypass the renewed U.S. sanctions against Iran.

To the uninitiated, the press conference held by Acting Attorney General Matthew Whitaker on Jan. 29 revealing the indictment against Huawei and Meng may have sounded like a spy novel. The Justice Department also charged Huawei with 10 counts of attempted theft of intellectual property from T-Mobile, involving a robot to test mobile phones. 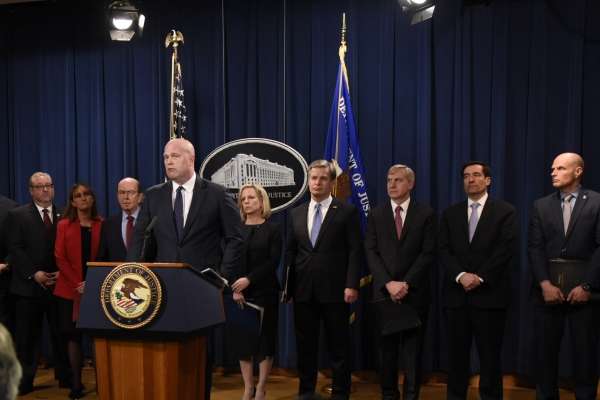 Acting Attorney General Matthew Whitaker announcing indictments against Huawei. One set of claims accused Huawei of theft of IP. Another set alleges Huawei and CFO Meng Wanzhou engaged in criminal activity regarding the sale of equipment in Iran. (Source: US Department of Justice)

The second indictment details alleged thefts that began in 2012, but OEMs and carriers who have been dealing with Huawei over the last two decades recognize the modus operandi from long before that. The longstanding suspicion of Huawei resulted in the Defense Authorization Act of 2018, barring both Huawei and ZTE equipment from being used in federal communication networks.

Efforts to extend this ban to private U.S. 4G and 5G carriers have had mixed results. There is resistance from smaller rural carriers dependent on Huawei in some nascent 4G networks. Larger service providers with nationwide footprints, including AT&T, Verizon, Sprint, and its prospective parent T-Mobile, tend to rely on Nokia, Ericsson, Cisco, and smaller RF/baseband and optical OEMs for their networks. Huawei has also been largely shut out of North American cable networks.

It’s not just network infrastructure. The federal government put heavy pressure on national carriers not to resell Huawei smartphones to their users. Both Verizon and AT&T dropped plans to offer such phones in early 2018, reinforcing the freeze-out of Huawei equipment in the network backbone. But reticence to rely heavily on China-based OEMs has been building at the national carriers for many years.

“The heat may have been turned up in the course of last year, but there’s been a lot of OEM and carrier uncertainty in this country about Huawei, for more than a decade,” said the manager of one carrier Ethernet switching project who asked not to be identified.

“Those who would design Huawei equipment in, in either the enterprise or a carrier network, have to be concerned with two distinct issues: Could there be backdoor technologies allowing network equipment to serve as spies for the Chinese government? And could Huawei exploit deals to steal IP from partners, either on its own behalf or on behalf of the Chinese government? These are not just paranoid concerns, they are fundamental doubts engendered by past bad practices,” the source said.

The Slow Design-Out of Huawei

The U.S.-China trade war that accelerated in earnest in mid-2018 marked the first time the federal government had called for a ban on smaller China-based OEMs such as ZTE. In the case of Huawei, the concern did not begin with the Trump administration. Ever since Cisco and Huawei settled their router suit out of court, officials from the Bush and Obama administrations have issued numerous informal warnings about Huawei and intellectual property. As a result, North American carriers showed more caution in deploying Huawei switches, routers, optical transport systems, and remote radio heads than did European giants such as BT and Deutsche Telekom. Huawei was deployed in small networks, to be sure, but the company had a hard time exceeding 20% market share in the U.S.

A new milestone was reached in 2018 when the trade war accelerated. Officials from the U.S. State and Defense Departments urged allies to ban Huawei products within their national boundaries. BT, as a private company, was more aggressive than the UK or any EU government – the company pulled Huawei equipment from existing 4G networks at the end of 2018, and announced it would use no Huawei infrastructure equipment in future 5G or optical networks.

The cloister of English-speaking nations known as UKUSA or “Five Eyes” were quickest to act on a state level. Australia and New Zealand announced immediate bans in January, with Canada and the UK stating such bans would be implemented by mid-2019. In a contrarian counterpoint, the UK’s National Cyber Security Centre issued a report saying that security workarounds could be implemented to avoid a full Huawei design-out for 5G infrastructure.

The situation in New Zealand, however, is a little more nuanced. Each network upgrade in New Zealand is independently evaluated by the GCSB on a project-by-project basis. According to Huawei's spokesperson, "Although they turned down an initial 5G proposal from one carrier in November, the opportunity remains open for that carrier to work with Huawei to mitigate any potential risk. This is not a blanket ban and should not be interpreted as such."

Canada might be reticent to enact a ban, despite its arrest of Huawei’s CFO, because its national carriers BCE, Telus, and Rogers claim that replacing Huawei in existing and future networks would cost well over $1 billion. France, meanwhile, has rejected legislation to ban Huawei, but has pledged to monitor the company more closely, particularly since its national carrier Orange (formerly France Telecom) announced it would not use Huawei equipment in 5G networks.

The Trump administration’s crusade has faced more speed bumps in European nations with strong populist movements. In Italy, for example, the right-wing Northern League insists the anti-Huawei effort is a NATO plot.

In Central Europe, U.S. Secretary of State Mike Pompeo visited Hungary, Slovakia and Poland in mid-February, trying to make the case that Huawei equipment could be a Trojan horse for China’s military intelligence agencies (a much tougher case to prove than IP theft). In the Czech Republic, the cybersecurity agency warned against use of Huawei equipment, a warning that was partially rebuked by Prime Minister Andrej Babis. Huawei threatened legal action against the Czech government if it attempted to ban equipment sales. Poland’s business with Huawei and relations with China seemed to be warming until early January, when a Huawei sales employee in Poland was arrested and charged with spying.

In North America and key EU countries, the negative effects of a Huawei equipment ban could be limited to a longer and more difficult path to achieve design wins in those nations, assuming the U.S. and China sort out their differences. China already has informally pledged to increase semiconductor purchases from U.S. companies by $200 billion over the next six years. It will no doubt seek a quid pro quo on Huawei presence in U.S. carrier networks.

In the meantime, Huawei’s growing dominance in Asia, and particularly its home country of China, likely will keep its global market share in the 26-28% range, though Japan, mindful of its role as a U.S. ally, is considering an equipment ban.

Other parts of Europe could be harmed by a Huawei freeze, however. Deutsche Telekom is worried that an EU-wide ban on Huawei infrastructure equipment could delay 5G rollouts by as much as two years. The company is calling for EU security certification procedures instead of a ban. The German government has taken no official action yet, but is considering a ban on Huawei in future 5G trials. The cross-Europe service provider Vodafone is trying to take a middle-of-the-road approach; it is replacing Huawei equipment in core backbones, but retaining base station equipment in radio access networks. And though Vodafone pledges to consider 5G deployments carefully, it is using Huawei as a key partner in a Milan, Italy 5G network. 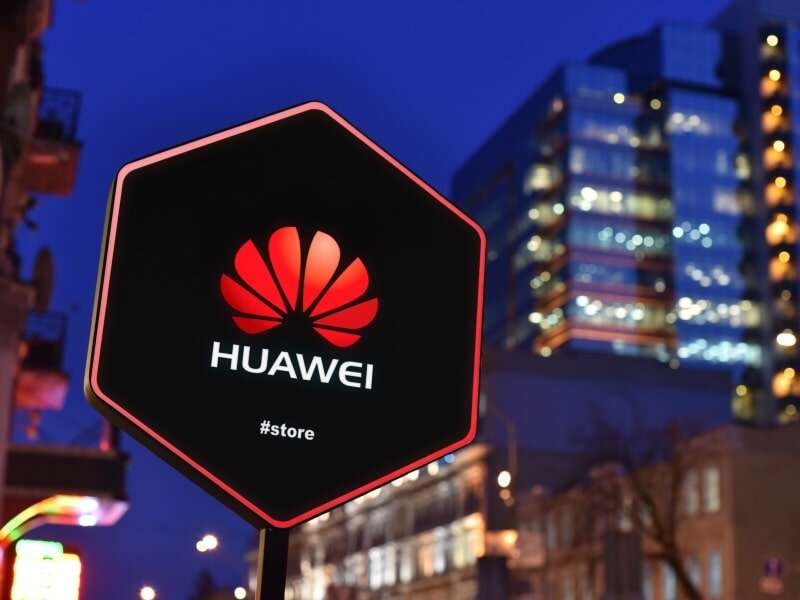 Practical impacts on network infrastructure may depend on whether the U.S. and China agree on a broad trade deal, and what that deal entails. If a comprehensive pact to sell more semiconductors into China leads to an easing of U.S. and EU restrictions, 5G will proceed apace in those regions already reliant on Huawei and ZTE. Huawei’s low market penetration in most of North America may mean that in the best of circumstances for the company, Huawei will struggle to exceed a global 30% market share for several years. It may even need to seek Chinese government help in a form of “telecom Belt and Road Initiative” to re-introduce Huawei to service providers worldwide.

If Huawei is frozen out of multiple markets, its dominance in China, Southeast Asia and South/Central Asia may allow the company to still retain a global share in excess of 25%. It could also allow these regions to pull ahead of North America and Europe in 5G deployments. But because many U.S./EU carriers were favoring Ericsson, Nokia and other non-Asia OEMs already, the delays may not be as severe as Deutsche Telekom worries. But a trade cold war could mean that a technology “curtain” is created, under which Asian nations and U.S./European nations pursue separate and independent paths to move beyond 5G. The damage done to interoperability standards in such an event would take years to overcome, if not decades.

– Loring Wirbel is an independent communications analyst with more than 30 years’ experience covering wireless and wireline communications. He has worked with such organizations as The Linley Group, Qualcomm Smartbook Blog, EE Times, and EDN’s FPGA Gurus.