Home » AI Could Be the Answer to the Spectrum Squeeze

AI Could Be the Answer to the Spectrum Squeeze 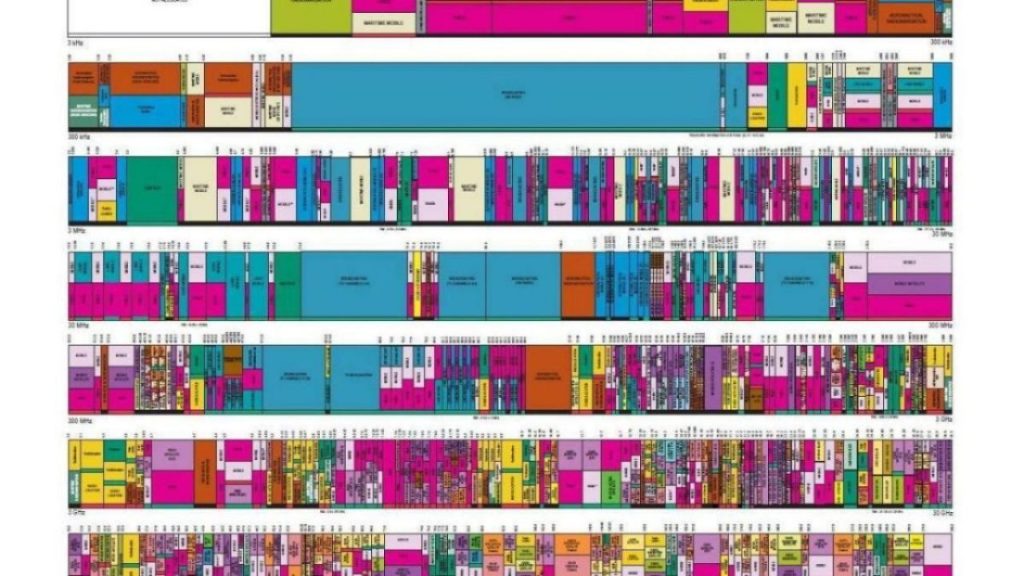 There's need for yet more spectrum for 5G, but little left to re-allocate. The proposal is to drop exclusive spectrum licenses, and rely on AI to manage the profoundly complex process of spectrum-sharing.

Next week, a winner will be declared in a DARPA challenge to develop artificial intelligence (AI)-enabled radio networks. This is a capability we believe will be critical for the ongoing success of 5G communications — and beyond. 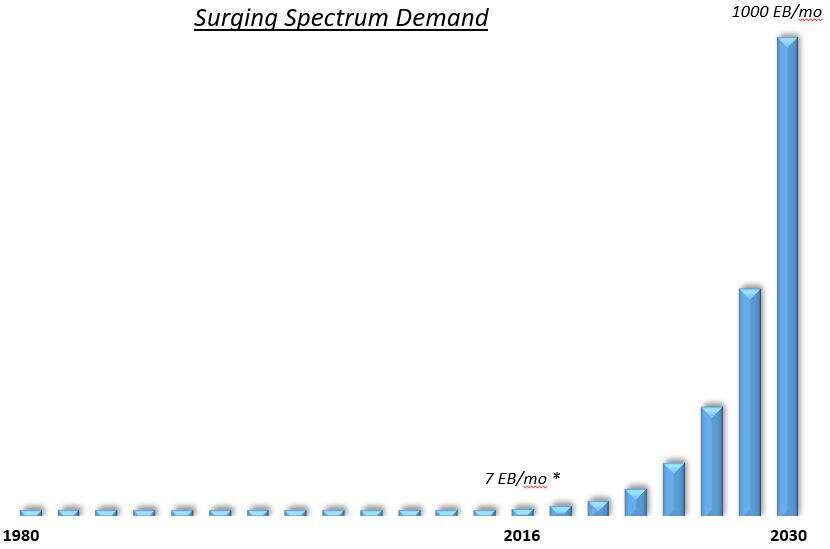 From the earliest days of wireless, the dominant way of managing the spectrum has been through an exclusive license, where a government grants access of a certain range of frequencies to a single licensee. As the wireless spectrum is indelibly finite, this makes spectrum a scarce and valuable commodity.

Each generation brings us better connectivity, and with better connectivity comes more demand, and with more demand, the need for more spectrum. However, the previous tectonic shifts to our wireless Pangea have never felt as painful as this current land grab. That’s because the low hanging fruit of wireless bandwidth is, for all intents and purposes, gone. There’s no conveniently vacant spectrum, and thus no easy answer to the question, “where will 5G live?”

This has left us with two options: move to frequencies previously considered undesirable for terrestrial communication (e.g. millimeter-wave), or find a way to share the spectrum. While millimeter-wave spectrum can generally be considered “green field,” the move to smaller wavelengths comes with numerous physics challenges and doesn’t cover the same area as traditional low-band and mid-band frequencies. We can augment 5G with millimeter-wave connectivity, but it isn’t going to replace the use of lower frequencies.

The key to ending the spectrum land grab lies in spectrum sharing. Since its inception in the early 2000s — thanks to innovative thinkers at the Defense Advanced Research Projects Agency (DARPA) and the FCC — spectrum sharing has seen little mainstream use.

What makes spectrum sharing so hard is guaranteeing that two specific radio systems are able to share a band without causing harmful interference. Often this means coming up with very precise rules unique to the two systems, and then demonstrating those rules work through simulations and field trials. Eventually this results in changes to spectrum policy that allow sharing.

This process takes years, however. For example, after years of development, the FCC just approved the Citizens Band Radio Service (CBRS), which is the first big win for spectrum sharing. CRBS represents a huge leap forward, but it still only permits coarse spectrum sharing on timescales of minutes. Continued wireless demand will push more spectrum systems to share — moving from not just two systems, but three or more — and we won’t be able to afford years to formulate and codify the “rules of the road.”

This is where DARPA’s Spectrum Collaboration Challenge (SC2) comes in. SC2 is a three-year competition that challenges inventive wireless entrepreneurs to tackle the hardest problems in spectrum sharing and develop a new breed of radios able to thrive in a world without the safety of exclusive licenses. Each of the competitors have been challenged to create a fully autonomous radio network capable of learning how to share the spectrum simultaneously, not just with legacy spectrum users like radars, but also with the nine other radio technologies competing against them.

A key component to solving SC2 is marrying spectrum sharing with recent advances in artificial intelligence (AI). But to be successful at spectrum sharing, a new type of AI is needed. Each of the landmark advances in AI — Big Blue beats Kasperov at Chess, Watson beats Jennings at Jeopardy, Alpha Go beats Sedol at Go — have been examples of isolated AI. Spectrum sharing is fundamentally cooperative, requiring multiple radios to share a single resource. That’s why SC2 emphasizes Collaborative AI. 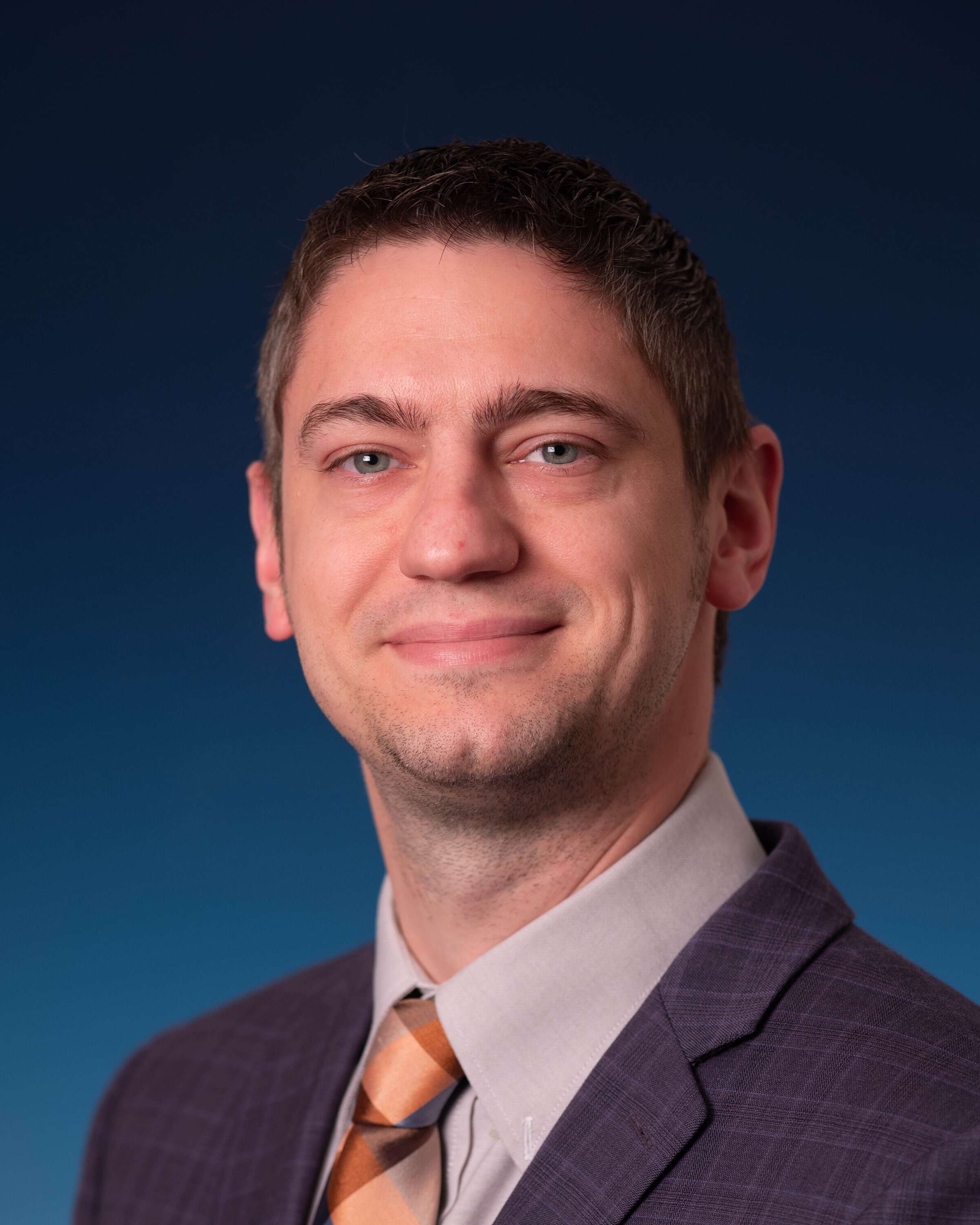 Wireless systems today don’t “talk” to each other. Your Wi-Fi router for example, doesn’t talk to your neighbor’s to try and minimize interference. Nonetheless, this is exactly the model SC2 has adopted. We call this new radio technology Collaborative Intelligent Radio Networks (CIRNs). By creating a language that allows wireless networks to share information with each other, we accelerate the decision-making of the AI inside each radio system. Using this language, SC2 CIRNs are able to collaborate and share information about interference, plan how spectrum will be used, and optimize the performance of each wireless technology sharing the spectrum.

On October 23, 10 SC2 finalists’ radio designs will go head-to-head in a live event at Mobile World Congress Los Angeles, competing for a $2 million grand prize. The event is free and open to the public, and will be lived stream on our website www.SpectrumCollaborationChallenge.com. We encourage you to join us to see the future of spectrum autonomy. 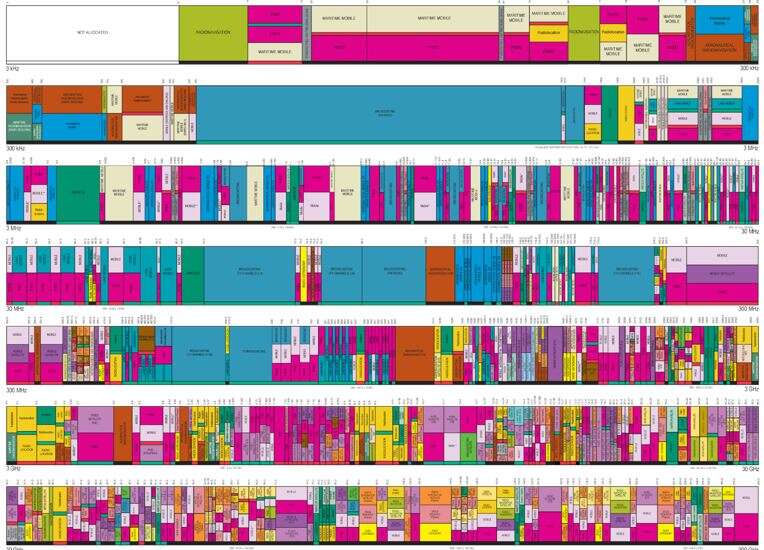 US spectrum allocations as of 2016, the last time the chart in this format was updated. Click here for a legible version, a PDF hosted by the National Telecommunications and Information Administration.