Smart Battery Gears Up for E-Mobility

LAS VEGAS — Whether for running a wearable device or powering an electric vehicle, battery life is the bugaboo that keeps system designers (and consumers) awake at night.

Compared to all comparable advancements in the electronics industry, innovations in battery technology are painfully slow.

In the smartphone business, design engineers spend a lot of time and resources trying to improve battery management systems (BMS). In the battery business, researchers are constantly fussing and tweaking even for tiny improvements.

But curiously, nobody has thought about integrating BMS, charger and inverter directly into a battery pack — until CEA-Leti, a Grenoble, France-based research organization. At the Consumer Electronics show last week, CEA-Leti demonstrated its new three-in-one battery pack.

But the Sigma Cells-based battery pack — with switching, charging and BMS features — directly accesses individual battery cells at all times. Cell-switching technology picks the cells that charge most efficiently and uses them first and avoids cells that no longer cycle optimally, said Despesse. When a cell is about to fail, the battery pack’s ability to find an alternative path enables Sigma Cells to prevent the failure of the whole battery pack.

The benefits of Sigma Cells include smaller size, lower weight and longer life. According to CEA-Leti, the integrated charger and bidirectional system also “enables more than 20% faster charging directly off the grid at no additional cost.” For charging, any standard electrical outlet anywhere in the world works, it added.

Despesse claimed that Sigma Cells reduces the size of a battery pack by 20% and saves energy by 30%.

A battery with Sigma Cells technology can be used in a range of electric mobility including EVs, electric bikes, drones and boats.

So what was the key to Sigma Cells innovation? “It’s the idea,” said Despesse, “of three in one.” Researchers at CEA-Leti, free from fixed ideas for what a battery pack should do, simply reimagined battery technology.

Despesse said that smartphone makers — whose market is so big — tend to invest a lot of time and money in BMS innovations. However, EV vendors — in a much smaller and fragmented market — spend less time there.

Despite their need for batteries, EV companies are not experts on battery technology. They’re leery of messing with battery cells. On the other hand, traditional battery manufacturers, largely unfamiliar with system architecture, hesitate to re-architect BMS.

However, Despesse suspects that companies like Tesla aren’t complacent. They are keen on reinventing BMS and reimagining the battery pack, he said.

With this in mind, CEA-Leti said Sigma Cells is available for technology transfer. One company is already designing it into energy storage devices. Another is planning to use Sigma Cells for camping and emergency power.

Asked about special components in Sigma Cells, Despesse said, “Not really. All you need a 32-bit MCU, like the ones Infineon or STMicroelectronics makes, to function as a master to manage the switching, and a standard communication bus.” 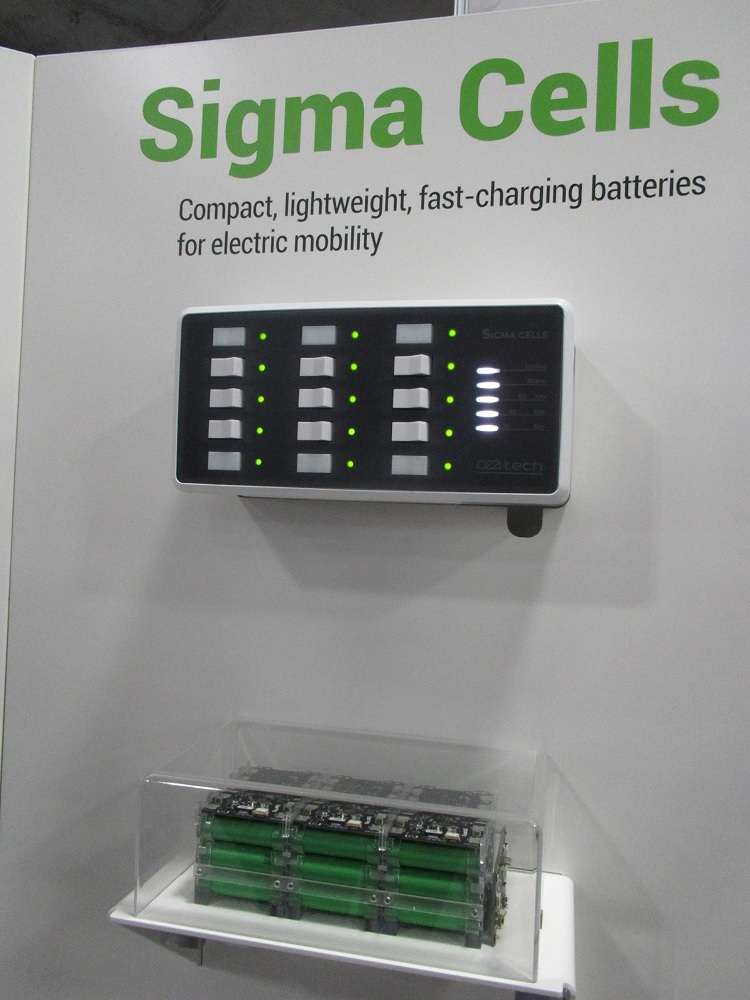